Latest news on developments related to the “Global Day of Action” around the world:

This action for the international students’ day was combined with a protest against the parallely on going negotiations in the austrian parliament/government concerning the cuts in social services and education.
Some actresses and actors were desguised with masks of politicians as education zombies and the others more colorful as students. The performance included from a fog out coming education zombies, who scared the motivated students. In all this trouble the students finally caught the zombies with the banner “17.11. International Students’ Day – free and emancypatory education”.

Videos and pictures of yesterdays protests at the Regents meeting (University of California) are coming in now: 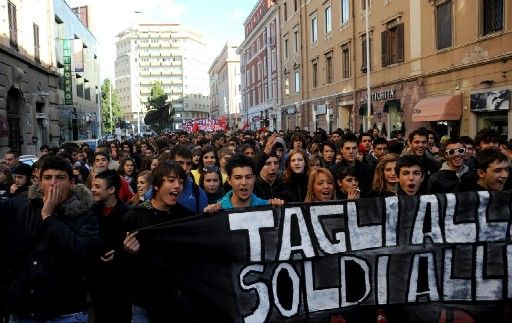 First pictures and videos are coming in.